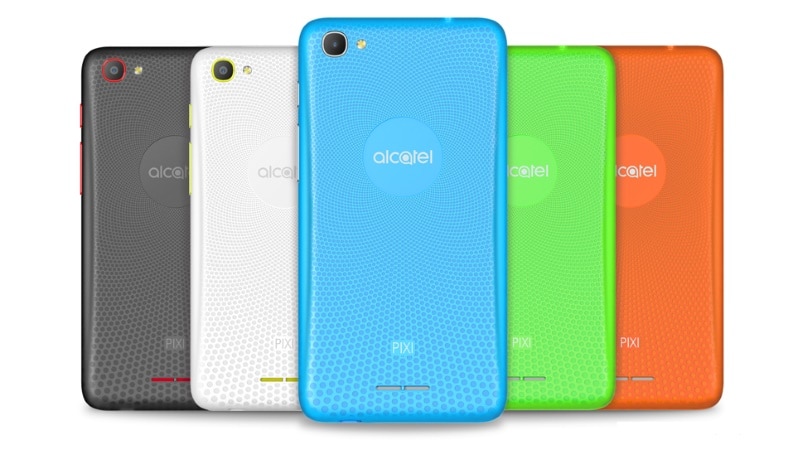 Pixi 4 Plus Power houses a 13-megapixel rear camera with flash
It has a massive 5000mAh battery with a support to charge other phones
There are no details on the price yet
In order to strengthen its Pixi range of smartphones, Alcatel has unveiled a new smartphone to the series. Called the Alcatel Pixi 4 Plus Power, the biggest highlight of the smartphone is its 5000mAh battery and the ability to double as a power bank for other smartphones. The Pixi 4 Plus Power is available in Black and White colours with interchangeable back panels of the following colours – Blue, Green, Orange, White, and Black. The price and availability details are not known yet.

The dual-SIM (Micro+Micro) card supporting Pixi 4 Plus Power runs on Android 6.0 Marshmallow. The smartphone sports a 5.5-inch HD (720×1280) IPS display. The company has not specified the processor on the smartphone, or even the number of cores. It bears 1GB of RAM.

The Pixi 4 Plus Power has two snappers – at the back is a 13-megapixel shooter with a flash, while at the front is a 5-megapixel camera also with a flash module. The camera app comes with 16 preloaded filters and 13 colourful borders. The smartphone bears 8GB of inbuilt storage that is expandable via microSD card (up to 32GB).
As we mentioned, the Pixi 4 Power Plus bears a massive 5000mAh battery that is rated to last up to 2.7 days without a charge, as claimed by Alcatel. That said, the smartphone can deliver 22 hours of Wi-Fi browsing, 14 hours of video streaming, and 5 days of continuous music playback. Adding to its amazing battery, the Pixi 4 Power Plus can double as a power bank to another phone with a Micro-USB cable. The company also claims that the full-charge battery of the smartphone can charge a tablet with nearly 2850mAh battery capacity and a smartphone 1.3 times with a battery capacity of 2000mAh.