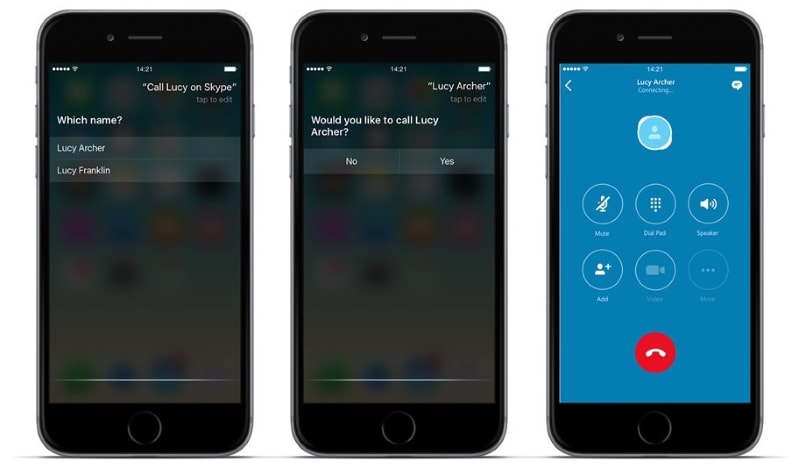 If you are an iOS 10 user, the Skype v6.25 update will let you use its features more seamlessly on your iPhone or iPad. Skype on Wednesday announced a significant update to its app that brings new calling features and Siri integration. The update is now available and you can head to the App Store to get it.

Users can now utilise the Siri voice-based virtual assistant to make calls and send messages on the Skype app. It is worth mentioning that Apple opened Siri for developers at WWDC this year, and the improvements became available to users and developers with iOS 10. Coming back to the Siri support for Skype, calling someone on Skype will become simpler as Siri will understand the same voice commands you’re already using to call someone. To give an example, let’s say you want to call ‘ABC’ on Skype. If you have their Skype contact information fed in your iOS device, simply say “Call ABC on Skype”. To confirm if it’s the same person, Siri will ask before initiating the call. The SiriKit employed in the Skype makes it easier for users to place VoIP calls and send messages.

Another important feature is the introduction of the CallKit in Skype. This means your Skype contacts will be integrated with the default contact information of the person, so that you can perform Skype actions right away without opening the app separately. With CallKit, incoming Skype calls will now appear just like regular cellular calls on your iOS 10 device. This in turn will ease out the functionality to switch between a Skype and a regular call. User will also be able to invite friends to join Skype directly from their contact list. While the features are available for personal users starting Wednesday, these are said to roll out on its Skype for Business app starting October.
Detailing on the CallKit, it will also let you receive alerts and respond to the Skype calls on CarPlay. Earlier, Skype notifications didn’t ping the CarPlay user, a limitation faced by other third party apps as well.

Harnessing the CallKit capabilities, Truecaller earlier introduced the real-time spam protection on iPhones running iOS 10 to detect spam calls more efficiently. Alongside, Truecaller was also said to bring a new ‘My Block List’ feature, which will allow users to block and manage calls they want to receive on their iPhones.