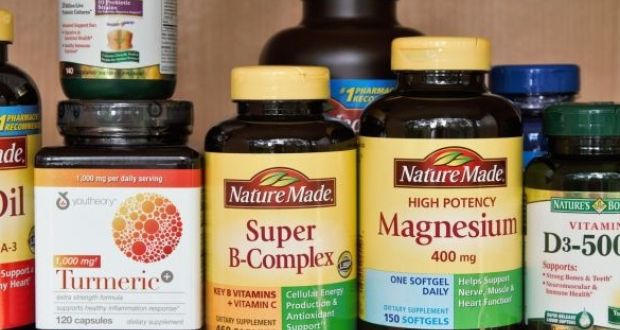 The postponement of the introduction of the new VAT rate comes after Minister for Finance Paschal Donohoe wrote to Niall Cody, chairman of the Revenue Commissioners, on Monday about the issue.

The Revenue Commissioners has delayed the introduction of a VAT rate of 23 per cent on food supplements until November 1st.

Last December, it was announced that the 23 per cent VAT rate would be applied on all food supplements from this coming Friday, March 1st 2019.

Food supplements have until now been treated as foods for VAT purposes, availing of the concessionary zero per cent rate applicable to foods in Ireland for more than 40 years.

Health food stores reacted angrily to the proposed change and more than 60,000 people signed a petition urging the government not to follow through with the planned increase.

The postponement of the introduction of the new VAT rate comes after Minister for Finance Paschal Donohoe wrote to Niall Cody, chairman of the Revenue Commissioners, on Monday.

A spokesman for Revenue said in light of Mr Donohoe setting out plans to examine the policy and legislative options for the taxation of food supplements, “VAT treatment of food supplements will remain unchanged until 1 November 2019”.

In his letter, Mr Donohoe said he appreciated that Revenue must administer tax legislation without fear or favour, independent of outside influences but he had been approached by a wide range of individuals and organisation raising concerns about the impact of the application of plans for a standard rate of VAT on all food supplements.

“Approaches have come in all forms including debates in Dáil and Seanad Éireann, numerous parliamentary questions and representations from industry, individuals and representative groups,” he said.

While he appreciated why Revenue decided on its course of action he had stated in the course of the committee stage debate on the Finance Bill last November that he would address the matter and examine the issues and policy choices by means of a specific paper to the tax strategy group during the summer period, he added.

He said he proposed to issue a public consultation seeking engagement from all parties on the issue and to consult with the Minister for Health to ascertain his views on the use of food supplements.

“I am of the view that this approach provides a way of bringing forward the necessary analysis and information to facilitate my consideration of options regarding the legislative provisions concerning the VAT treatment of products in this sector.

“In this context, while Revenue is of course independent in its administration of the tax code, any consideration by you of how best this process could be supported by the timing, either immediate or delayed, for the implementation of the new guidance would be much appreciated,” Mr Donohoe added.

Replying to the Minister’s letter on Tuesday Mr Cody set out the context for the Revenue’s initial decision. He said Revenue’s efforts to maintain a relatively narrow concessionary zero VAT rating for a range of vitamin, mineral and fish oil products grew increasingly problematic over recent years in the face of a huge increase in the range and type of food supplement products on the market.

“This gave rise to a great deal of disagreement between Revenue and some traders concerning the VAT treatment of these products as they sought to extend the zero rate to such products as a food supplement to promote tanning and one to cure hangovers,” he wrote.

Revenue concluded “there was likely to be a material and growing level of no-compliance in the sector, unfair competition between compliant and non-compliant businesses, and that a comprehensive review of the legislation and guidance on food supplements was required,” he added.

It’s review concluded the status quo was no longer sustainable and planned to change the VAT rate on March 1st this year but it said the zero rate would remain on health products including folic acid and vitamin products that are licensed by the Health Products Regulatory Agency.

But Mr Cody said in light of the Minister’s proposed process of review, and to allow time for the enactment of any legislative changes as a result thereof in Budget 2020, Revenue would delay implementation of its new guidance to increase VAT rates on supplements until November 1st 2019.

The Irish Health Trade Association (IHTA) has said it “sincerely welcomes” the decision to defer the proposal.

“The Minister has made the right call on this urgent issue and we look forward to engaging constructively with him in the months ahead to seek a permanent solution,” it said.

The organisation warned the proposed new VAT rate would threaten 250 local businesses with closure and put 1,800 jobs at risk.