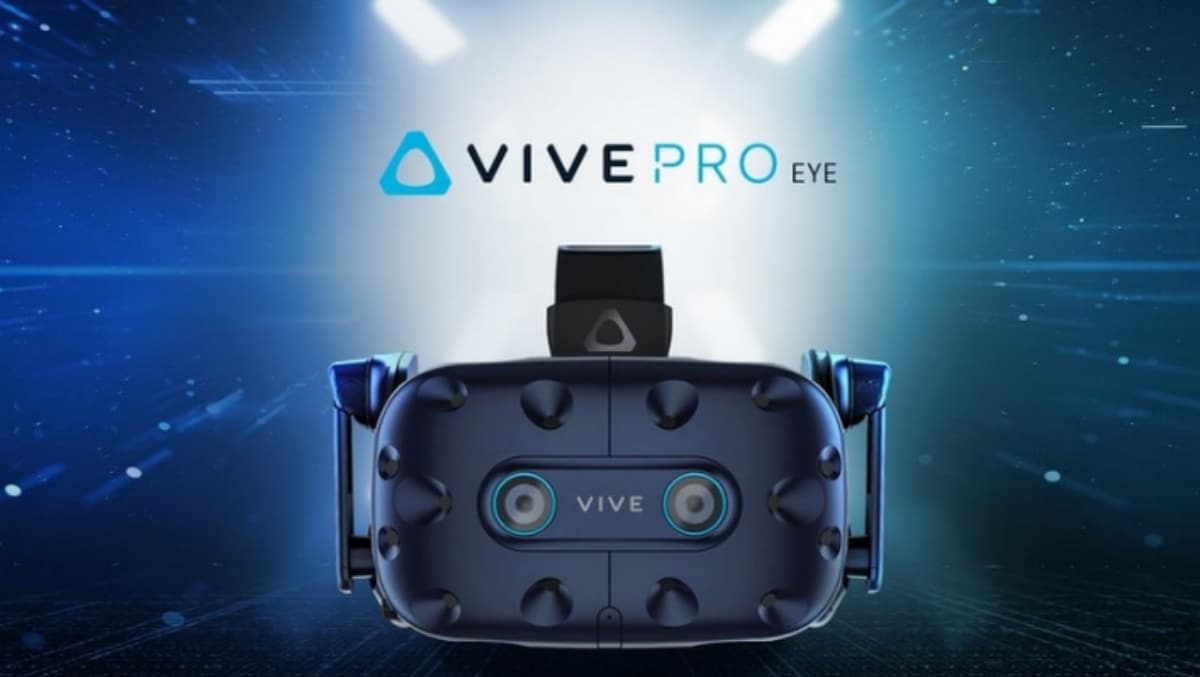 HTC Vive Pro Eye was launched at CES this year, and the company said that the headset would launch sometime in the second quarter. The company has now announced that the HTC Vive Pro Eye is available in North America, retailing for $1,599 (roughly Rs. 1,10,800) on Vive.com and at select retailers. The biggest highlight of the HTC Vive Pro Eye headset is the fact that it comes with precision eye control technology, deeper data analysis, dynamic training environments, and more.

The HTC Vive Pro Eye, as mentioned, comes with native eye-tracking technology for monitoring eye movements in order to deliver a more immersive VR experience. It brings gaze-orientated menu navigation to remove the need for controllers and improve convenience of use in environments such as VR arcades or location-based entertainment.

The Vive Pro Eye employs what HTC calls ‘foveated rendering’, a technology which efficiently allocates the GPU power for better image rendering and an overall sharper visual output. HTC claims that the new Vive VR headset, meant for professional VR use cases, will drastically enhance the user experience by eliminating the need for controllers and using the eye movements for executing commands, which can prove to be particularly useful when it comes to VR gaming.

HTC says that the Vive Pro Eye headset has proved to be useful in multiple industries for training and simulation, consumer feedback and analytics, and gaze-oriented navigation, among many more.

HTC recently made available the Vive Focus Plus standalone VR headset carrying a price tag of $799 (around Rs. 50,000). The headset ships with a host of enterprise features such as Kiosk Mode, Gaze Support, device management tools for remotely managing, monitoring, and enrolling multiple devices simultaneously. It has been made available in 25 countries, and in some of the markets, the standalone VR headset will come bundled with an enterprise license at no additional cost.