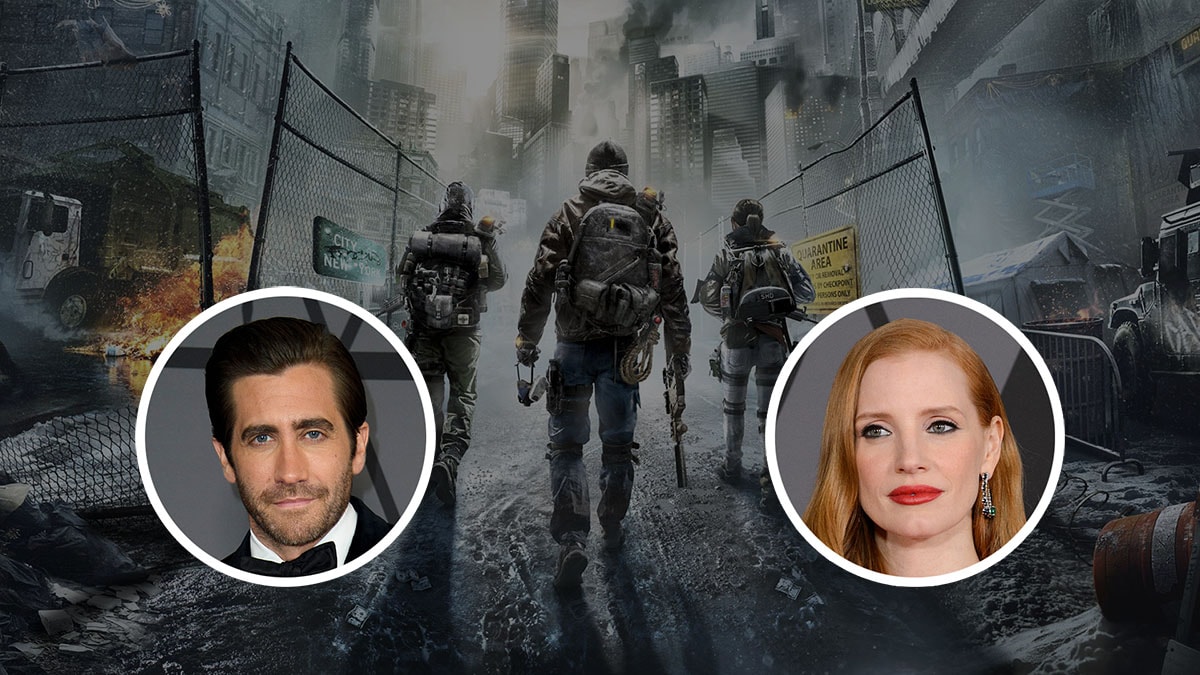 Netflix has picked up worldwide distribution for the movie adaptation of the online-only action role-playing video game Tom Clancy’s The Division, publisher Ubisoft announced Monday at E3 2019, which will star Jake Gyllenhaal and Jessica Chastain. Both Gyllenhaal and Chastain will also produce the film. David Leitch — best known for Deadpool 2 and Atomic Blonde — will direct. The Division film is being written by Rafe Judkins, showrunner on Amazon Prime Video’s adaptation of the fantasy novels The Wheel of Time.

Tom Clancy’s The Division is set “in the near future, where a pandemic virus is spread via paper money on Black Friday, decimating the city of New York and killing millions. By Christmas, what’s left of society has descended into chaos. A group of civilians, trained to operate in catastrophic times, are activated in an attempt to save who and what remains.”

Released in early 2016, The Division is Ubisoft’s bestselling game according to the publisher and still has more than 20 million players. A film has been in development since June that year, with Gyllenhaal first coming on board, and Chastain joining soon after. Leitch signed as director in April last year. Judkins was announced as writer at E3 2019, where Ubisoft also revealed that it would release on Netflix.

Ubisoft released a sequel to the game, Tom Clancy’s The Division 2, in March this year. It received better reviews than its predecessor but failed to surpass sales.

The Division movie will be a production of 87North Productions, Nine Stories, Freckle Films, and Ubisoft Film and Television.

Gyllenhaal was last seen in the Netflix satirical horror thriller film Velvet Buzzsaw. He will be next seen in the Marvel Cinematic Universe superhero film Spider-Man: Far From Home, out in July. Chastain’s most recent role was as the villain in the X-Men finale, Dark Phoenix. Her next film is It Chapter Two, out in September. Leitch’s next project is Fast & Furious Presents: Hobbs & Shaw, out in August.