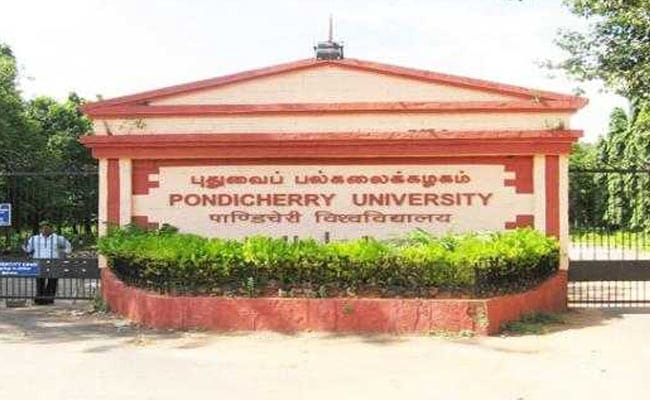 President Ram Nath Kovind would deliver the convocation address at the Pondicherry University near here on Monday, amid a boycott call by the students’ council citing the ‘state repression ‘of the student community protesting the CAA and NRC.

The President, also the Visitor of the central university under the provisions of the Act through which it was established in 1984, would hand over scrolls and gold medals to outgoing graduates at the 27th convocation, a press release from the university said on Sunday.

Lieutenant Governor of the Union Territory Kiran Bedi, Chief Minister V Narayanasamy, Members of Parliament N Gokulakrishnan (Rajya Sabha) and V Vaithilingam (Lok Sabha) and territorial Ministers M O H F Shah Jahan and R Kamalakannan would be among those who would be present at the convocation.

Vice-Chancellor of the university Gurmeet Singh would preside over the function, the release from the varsity registrar B Chitra said. On Friday, the Pondicherry University’s student’s council had said it would stay away from the convocation to protest “state repression” against students.

The boycott decision was taken to express solidarity with students across the country “facing state repression” and protest the implementation of unconstitutional legislations (Citizenship Amendment Act and the National Register of Citizen), the council had said in a release.

The decision came in response to a request from the university to name volunteers for facilitating the convocation, the council had said. The President would arrive at the airport here on Monday for a two-day visit to the Union Territory, his first after assuming the high office.

Security has been tightened in Puducherry ahead of the high profile visit.

On reaching the airport at noon, he would straightway drive to the University for the Convocation, official sources said. After a brief halt at the Raj Nivas, Kovind would visit Auroville and the Aurobindo Ashram.

He would stay in Raj Nivas overnight and leave on Tuesday morning for Karaikal to offer prayers at the famous shrine of Dharbareneswar and Lord Saneeswarar in nearby Tirunallar and then leave for Chennai, the sources said.