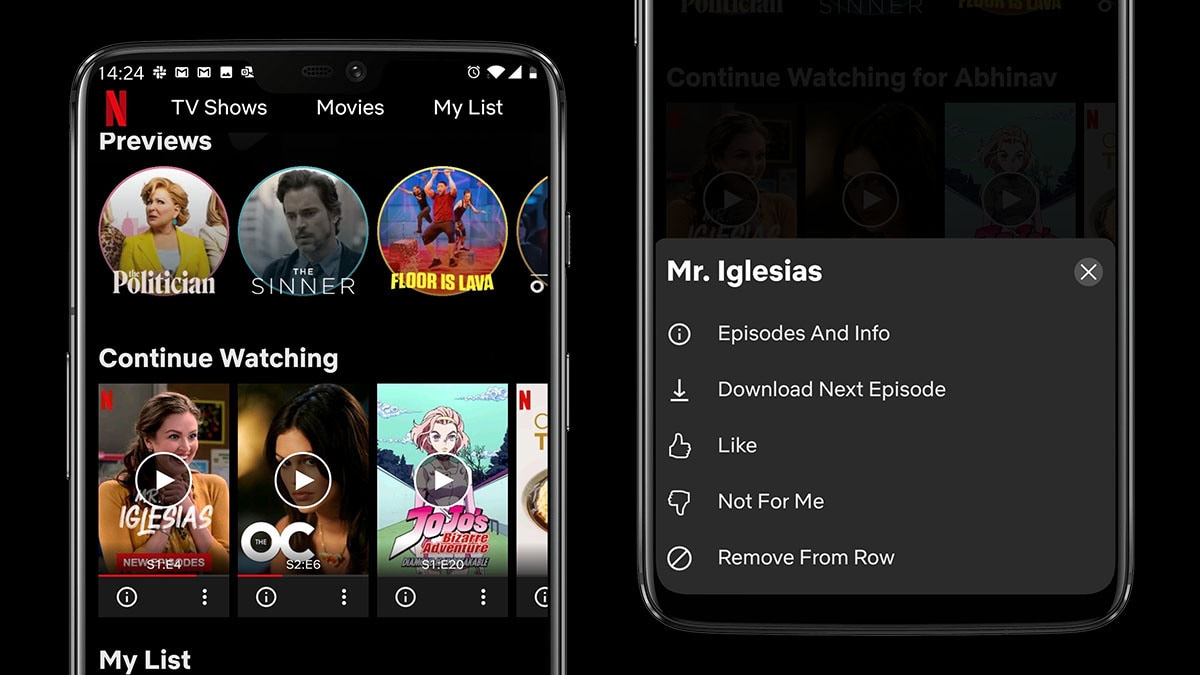 Netflix will now allow members to remove titles from the “Continue Watching” row directly in the app. The new feature, which has long been requested by Netflix users, is currently available on Android and is “coming soon” to iOS. It’s curious that it’s taken so long for Netflix, what with both Amazon Prime Video and Disney+ Hotstar having had it for a while. Though it’s worth pointing out that it’s not available across all platforms on all services, as seems to be the case for Netflix.

Once you update the Netflix Android app to the latest version, you should see a three-dot icon — or a vertical ellipsis or kebab icon, as you please — next to every title in the “Continue Watching” row. Tapping it brings up a menu, similar to the one you get by long-pressing on titles in the Amazon Prime Video app. The last of the five options in the new three-dot icon menu says, “Remove From Row”, which does exactly what you think it does.

You can also use the pop-up menu to rate titles, download the next episode, or look up more info, which was already available under the separate info icon — that’s the one with “i” inside a circle.

If a report by Forbes is any indication, Netflix started rolling out this feature around two months back to select users but has now expanded it to everyone.

This solves a major annoyance for many. Previously, the only way to remove titles from the “Continue Watching” row was to open Netflix in a browser, click on three different things, and then look for the title you wanted to hide through all of your viewing activity. There did exist a hack of sorts for movies, if you jumped in and dragged the play cursor to the end. But both methods were cumbersome to say the least.

“We constantly look to make the Netflix experience more intuitive,” Netflix said in a mailed statement to Gadgets 360. “The update to the mobile menu groups a few existing options — downloading a show or movie, rating it, or removing it from ‘Continue Watching’ — and makes them more convenient.”