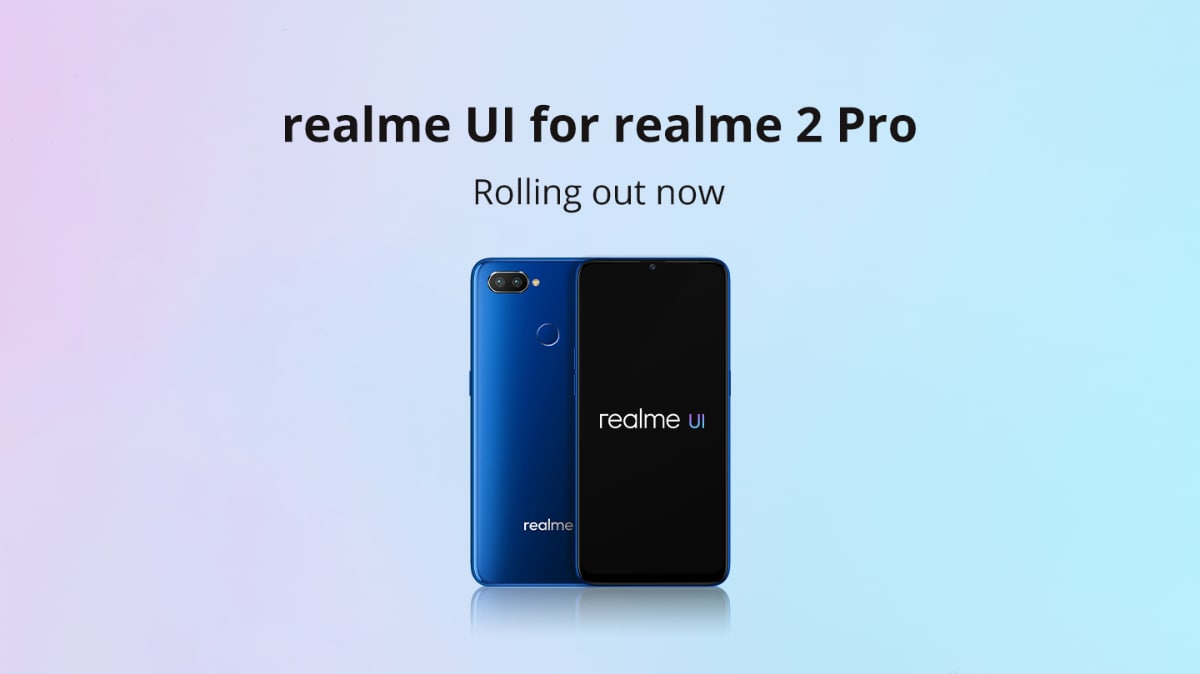 Realme 2 Pro is the latest smartphone in the company’s product portfolio to receive the Android 10-based Realme UI update. Realme has been rolling out the software update sporadically to many of its phones, the recent ones being the Realme 5, Realme 5i, and Realme 5s. Old phones like the Realme 3 and Realme 3i have also received the update, and now Realme 2 Pro users are getting it as well. The Realme UI update brings a new interface, and comes with an optimised Smart Sidebar that includes features like Assistive Ball Opacity and Hide Assistive Ball on Fullscreen App.

The announcement of the Android 10-based Realme UI update rollout for the Realme 2 Pro was made on the company forums. Realme notes that the update will have a staged rollout to ensure its stability. A limited number of users will get the update initially, and a broader rollout will commence in a few days after making sure there are no critical bugs. The firmware version to look out for is RMX1801EX_11.F.07. The update is rolling out over-the-air (OTA) and it is recommended to check manually in Settings if you haven’t received a notification. The company has not made a download link available, but it should be available on the company website soon. Users are recommended to check if they are on the version RMX1801EX_11_C.31. Only users on the latest version will receive the Android 10 update.

Realme warns that after the upgrade, it may take a while for the phone to boot, especially if there are many third party apps on the device. It also cautions that the phone may hang for some time and see faster power consumption as the system will perform a series of actions such as application adaptation, background optimisation, and security scanning. The company advises users to leave the Realme 2 Pro unattended for about five hours after the phone is fully charged or use the mobile phone for 3 days normally, and the device should get back to normal.

Coming to the changelog, the Realme 2 Pro Realme UI update brings a new interface, optimisations to the Smart Sidebar like support for floating window feature for more apps. It is also optimised to include new features like ‘Assistive Ball Opacity’ and ‘Hide Assistive Ball on Fullscreen App’.

The update also includes optimised system built-in ringtones, improved visual interaction, and loading animation for Game Space. There are new artistic wallpapers to choose from, and animated wallpapers support on the lockscreen has been added. The charging animation has also been redesigned with the new Realme UI update, and a pause feature has been added for screen recording. The update bring an optimised 3-Finger Screenshot Gesture and Navigation Gestures 3.0 that supports gestures in landscape mode as well.

There’s a new trim feature in recordings that has been added, and weather-adaptive animations in weather have also been introduced. Realme UI update also brings a new Simple Mode for homescreen that features larger fonts, icons, and a clearer layout.