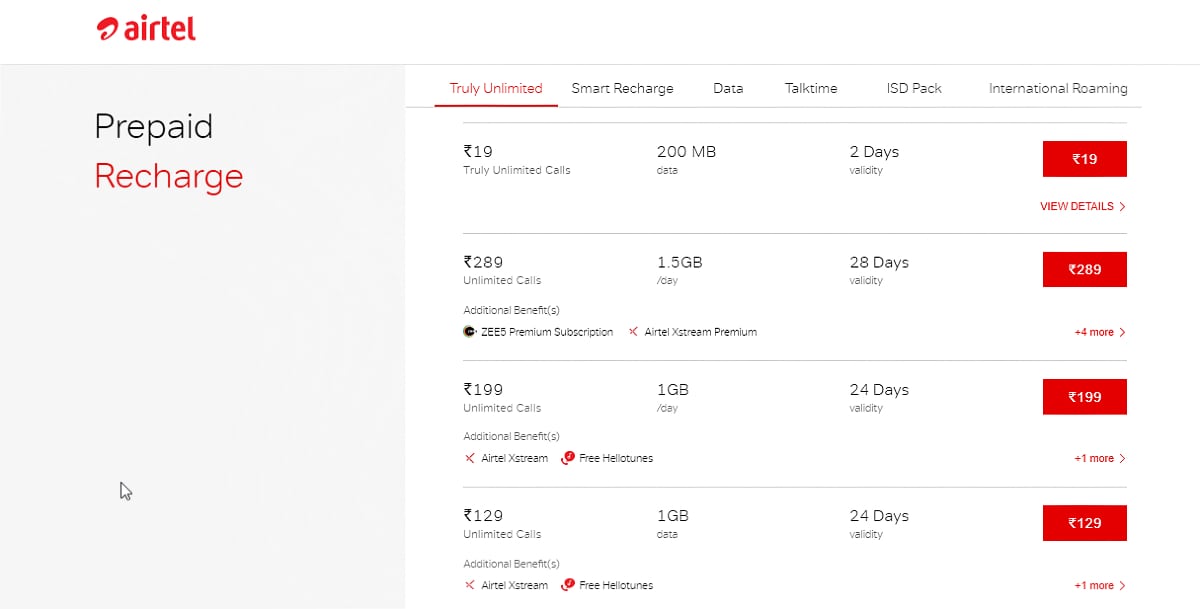 Airtel introduced free Zee5 Premium subscription alongside all of its prepaid plans in May, as part of its partnership expansion plans with Zee5. This Airtel-Zee5 Summer Bonanza promotional offer has now ended, and all of the prepaid plans no longer offer the Zee5 premium subscription anymore. However, there is one plan that is still listed with the Zee5 subscription add-on, and that is the newly launched Rs. 289 prepaid plan. The Airtel-Zee5 Summer Bonanza offer was launched for all Airtel Thanks users who recharged with Rs. 149 and above unlimited recharge plans.

As mentioned, the plan also offers access to Zee5 Premium as well as comes bundled with an Airtel Xstream Premium subscription that offers over 400 live TV channels and various movies. The plan also has Wynk Music access and free online courses for one year via Shaw Academy. There is also Rs. 150 cashback on FASTag.

Apart from the Rs. 289 prepaid plan, the telco recently also launched the Rs. 251 prepaid recharge. This prepaid data pack offers 50GB of total data to subscribers and it comes with no validity. There is no daily data cap on this new pack either, and the subscriber is allowed to use 50GB at their convenience. The data validity is linked with the base plan validity that you have subscribed for, to enable calling and SMS benefits. Ensure that you recharge this plan when you have enough validity at your hands.