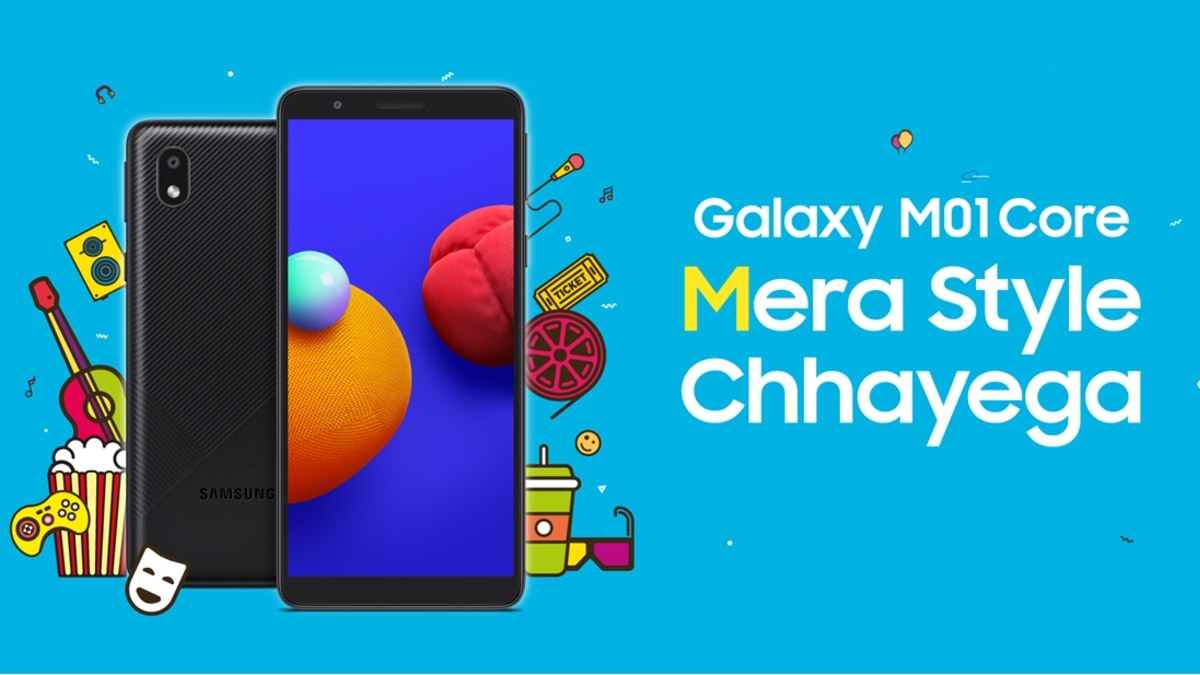 The Samsung Galaxy M01 Core price in India has been set at Rs. 5,499 for the base 1GB RAM + 16GB storage option, and its 2GB RAM + 32GB storage model carries a price tag of Rs. 6,499. Both come in Black, Blue, and Red colour options. The smartphone will be available for purchase in the country through Samsung’s retail stores and the Samsung India e-Store as well as leading online stores starting Wednesday, July 29.

The dual-SIM (Nano) Samsung Galaxy M01 Core runs on Android Go with One UI on top that brings a Dark Mode integration and features including Intelligent Inputs and Intelligent Photos. The phone features a 5.3-inch HD+ TFT display and is powered by an quad-core MediaTek 6739 SoC, coupled with up to 2GB of RAM. For photos and videos, the Galaxy M01 Core offers a single, 8-megapixel camera sensor at the back, along with an LED flash. There is also a 5-megapixel selfie camera sensor at the front.

Samsung has provided up to 32GB of onboard storage on the Galaxy M01 Core that is expandable via microSD card. Connectivity options include Wi-Fi 802.11 a/b/g/n, Bluetooth, GPS/ A-GPS, Micro-USB, and a 3.5mm headphone jack. The phone packs a 3,000mAh battery that is touted to deliver up to 11 hours of backup on a single charge. Besides, it comes with an 8.6mm of thickness.