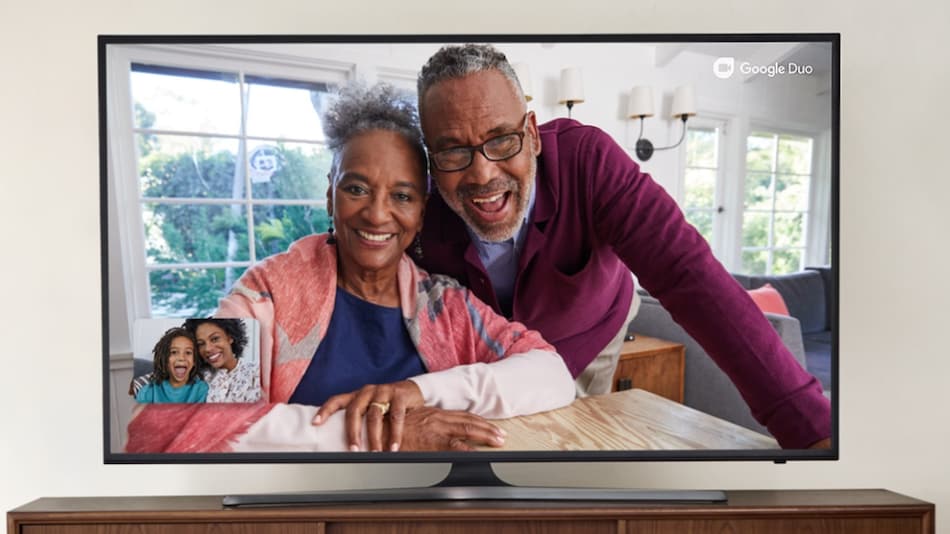 Google Duo will be coming soon to Android TV in beta, in the form of a native app. With this, you’ll be able to directly initiate video calls from your TV via Google Duo. Earlier this month, Google had added support for Chromecast on Google Meet. The search giant seems to be aiming to increase the efficiency of its video calling apps, with people relying on virtual methods to connect more than ever.

Google revealed the feature in a blog post, saying that the big screen wasn’t just for work meetings, and it aimed to make video calling family and friends better, too. Google Duo on Android TV will allow you to initiate one-on-one and group calls directly from your TV. If your TV doesn’t have a built-in camera, you can plug in a USB camera for the purpose of the video calls.

Noting that 2020 may go down as the year of the video call, TJ Varghese, Google Meet hardware’s Group Product Manager, wrote on the blog that video calls have become an indispensable tool, one that we are all probably using more often than we would have imagined. This could, however, give rise to meeting fatigue, he said, and using the right devices could make a big difference in making video calls more enjoyable and engaging.

A screenshot of the new feature by Google shows the usual “Google Duo” logo in the top-right corner, and a preview of your feed in the bottom.

This move seems to be a part of Google’s strategy to add more features to the video-calling bandwagon, enhancing the way people can connect and work during the pandemic. Google Meet had recently added Chromecast support, through which you can stream your lectures and meetings on the big screen. This feature will work with work with Chromecast, Chromecast Ultra, and second-generation Chromecast devices as well. Google had also launched Meet on Nest Hub Max a few months ago.

The search giant has reportedly been planning to replace Google Duo with Google Meet. G Suite head Javier Soltero had reportedly told employees that the coexistence of Duo and Meet, both video calling apps, doesn’t make sense. A merger is reportedly being planned, internally referred to as ‘Duet’ (Duo + Meet.)